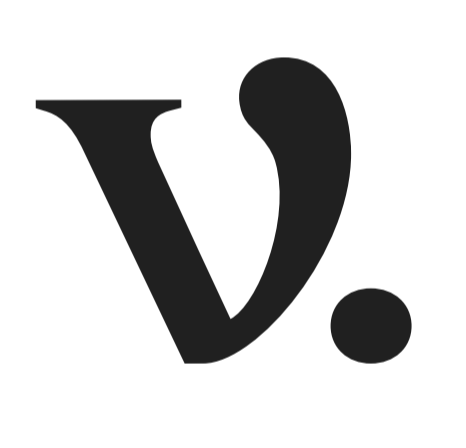 Your brain is a pretty big deal. It’s the body’s most complex organ and helps us breathe, walk, think and generally make sense of the world.

Do you envy those people with fantastic memory and are mentally sharp all the time? You can be that way too, if you know which nutrients you need to nourish your brain.

Why should I care about brain food?

Most of us don’t spend huge amounts of time thinking about brain health, but we’re all at risk of brain degeneration.

The food you eat can have a large impact on your brain function. If you’re studying for an exam or have a busy work schedule, optimising your nutrition through food can improve your brain power.

Food to humans is like fuel for a car. It gives us energy and keeps us going, but when it runs out, we go flat and can’t function. When the brain isn’t fuelled properly, you feel tired, sluggish and can find it hard to concentrate.

There are many factors that can lead to brain function decline. Evidence suggests specific nutrients may help to normalise or reduce some of the changes that occur in the brain as we age, so let’s do everything we can to nurture our brain health!

What are brain boosting foods?

There is no single food which can protect against all medical illnesses, However, here are our top 10 brain foods that provide therapeutic benefits to help improve the brain’s function and performance.

The brain requires large amounts of energy, also known as glucose, to function. It requires a huge 20% of the body’s daily energy intake, everyday!

So where does glucose come from? The majority of glucose is found in foods which contain carbohydrates (aka carbs). They can be found in fruits, vegetables, dairy products, and grains. Carbs are one of the main sources of energy for the body.

When carbs are eaten, they break down into glucose in the bloodstream. This glucose is used for energy as well as stored in muscle tissue. However, the brain is unable to store glucose, meaning that it requires a constant supply for optimal functioning.

Enjoying regular meals and snacks of low GI carbohydrate foods that produce a slow rise in blood glucose can ensure a steady supply of energy to the brain throughout the day.

Omega-3 polyunsaturated fatty acids (PUFA) play a number of roles in the brain’s structure and function. Some studies indicate that a deficiency in PUFA has harmful effects on brain function.1 Conversely, studies have also shown that having a high intake is associated with positive cognitive function and slowed progression of dementia.1

Caffeine promotes stimulation of the brain and the spinal cord; it makes you feel alert. It blocks the action of a chemical called adenosine. Adenosine is a brain chemical messenger that promotes sleep. This normally prevents the release of excitatory brain chemicals. Without adenosine, these chemicals can flow easily, providing a surge of energy and improved mental performance.

Caffeine is rich in:

Vitamin E is a strong antioxidant that primarily protects cells from damage. This damage increases during ageing and is considered a major contributor to loss of brain function. High vitamin E levels are regularly associated with better brain performance.2 Studies show that supplementation in patients with mild to moderate Alzheimer’s disease can slow down the functional decline of the brain.3

Sources of Vitamin E include:

Vitamin B12 is an essential nutrient that the body cannot produce. Its roles include supporting nerve cells, red blood cell formation and DNA synthesis. Vitamin B12 deficiency has been linked with memory loss, poor performance and brain damage. Studies show that a combination of vitamin B12 and omega-3 fatty acid supplementation slowed mental decline in people with early-stage dementia.4

Vitamin B12 is only found in animal products including:

Vitamin B6 is involved in over 100 enzyme reactions in the body. Several studies have shown a link between vitamin B6 and brain function in the elderly.5 They indicate that higher blood levels of vitamin B6 can improve memory.5

Zinc is a trace element which plays a critical role in regulating communication between brain cells. The highest concentrations of zinc in the body are in brain cells in the hippocampus. This is the centre of learning and memory in the brain. Research suggests that deficits of zinc in this area can precipitate a decline in cognitive function.6

Sources of zinc include:

Folic acid is an important brain food due to its role in enhancing cognitive performance, improving the ability to learn and perform. It is involved in fighting inflammation and reducing homocysteine (high levels of homocysteine are associated with heart diseases).7,8 Deficiency of folic acid has been associated with cognitive decline.7,8,9

Folic acid can be found in:

Antioxidants are compounds that protect cells from oxidative damage caused by free radicals. Berries are one of the richest sources of this brain food. They have been linked with preventing inflammation in the brain that contributes to brain cell damage.10 Berries have also been shown to improve motor control and cognition.10

Magnesium has over 300+ roles within the body. It is essential in transmission between brain nerve cells and muscle function. Emerging research suggests that magnesium may be important in the treatment of brain disorders such as migraines, epilepsy, Alzheimer’s and Parkinson’s.12

Magnesium is found in:

Some foods can have a negative impact on your brain health. So, it is important to be aware of these and limit where possible:

If your diet is unbalanced, you may want to consider a vitamin or mineral supplement for extra support.

Vitable’s brain boosting products can help you meet your needs, with supplements including omega-3 fish oil, magnesium, vitamin B12 and zinc. Take the quiz here, to find out what best suits your needs.